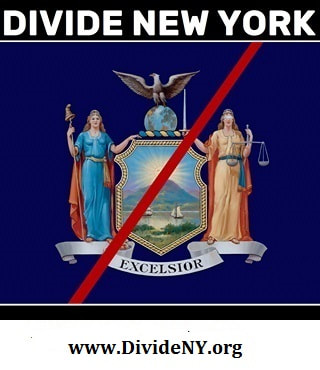 Three Autonomous Regions
Option 1) The NYS Legislature must pass the three Autonomous Regions amendment twice by a simple majority with an election of Legislators, in between, and then it is submitted to the voters. The Governor has no say in Amendments to the NY State Constitution. Since the NYS is bankrupt, and NYC must now send funds to other regions. More NYC residents are supporting the plan.

In order to support our plan to divide NYS into regions, with a token state government. Please Ask your county board of supervisors, county legislators, or borough leaders to pass the following home-rule resolution (see button below).
Also ask your Town/City/Village leaders to pass a home-rule resolution as well. Click button below for details.
Option 2) Every twenty years the people of NYS get to vote on whether to hold a NY State Constitutional Convention. If the Convention is approved, Delegates are elected for the Convention the following November. The Convention can then submit amendments to the NY State Constitution directly to the voters. The next time the Convention vote will be held is Nov 2037. However the NYS Legislature may call a Convention at anytime. The Governor and the NYS Legislature has no say in Amendments at a convention. The last time the voters called a convention was 1937. The last time the Legislature called a convention was 1965.
We must stay prepared an convention could be called on short notice.
Donate